To develop and maintain a healthcare delivery system that serves the region with high-quality, efficient and compassionate care.

Our Mission is Your Health.

CVRMC will become the preferred healthcare provider with the BEST physicians, employees, and services for the BEST communities in Arizona.

Did you know “cobre” means “copper” in Spanish?

The Town of Miami was founded in 1907 with the major employment of the town being at two mining operations, Miami Copper Company and Inspiration Consolidated Copper Company. These two mining companies saw a need to provide medical services and a hospital for their employees in the Miami area. In 1910, they coordinated their efforts and began to make plans for the Miami-Inspiration Hospital. 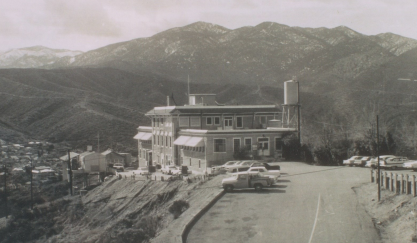 Doctor John C. Bacon was hired by Miami Copper Company in 1910 as the Chief Surgeon. During his 22 years in Miami, he conducted a busy medical practice, was active in various medical societies and served on the Miami Board of Health. Doctor Bacon’s first medical services in his clinic were provided in 1910. When Doctor Bacon was not examining and treating patients in his crude quarters, he was drawing plans and making preparations for the new hospital.

A site was chosen on a hill overlooking the Town of Miami. Construction started in 1912 and the building was completed the next year. Equipment and supplies were installed, additional staffs were hired and the hospital opened in early 1913. Named for the two mining companies, Miami-Inspiration Hospital provided all aspects of medical care to mineworkers and their dependents.

In 1919, a dispensary was opened on the second floor of the Gila Valley Bank and Trust Company building in downtown Miami. Outpatient services were provided there for the next 37 years. For over a half-century, through good times and bad, through two World Wars and the Great Depression, Miami-Inspiration Hospital tended to the medical needs of Miami’s miners and their families. When the mines shut down temporarily, the hospital on the hill remained open.

In 1956, a new outpatient clinic was constructed on the Globe-Miami Highway. Eventually, the aging, crowded Miami-Inspiration Hospital could no longer accommodate the growing patient load and the demands of a modern hospital practice. A larger, modern hospital was needed, and during the 1960s, plans were formulated for a new hospital at another location. Much of the planning for this structure was under the direction of Doctor Ira Harris. Dr. Harris came to Miami in 1935 at the age of 26, and he soon became Chief of Surgery at Miami-Inspiration Hospital. He did not see his dream of a new hospital fulfilled, however, as he died in October 1966, several months before the structure was completed. 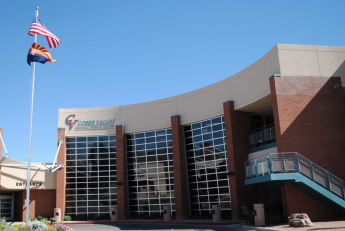 Construction of the hospital proceeded through 1966 and into the next year. Simultaneously, a nurse’s residence was built adjacently to the hospital. In 1967, the resident patients and the staff were transferred to the newly completed hospital in Miami Gardens. It was equipped with modern surgical, obstetrical and emergency suites and excellent radiology and laboratory facilities. During the next 11 years, an outstanding group of “company” physicians tended the patients at Miami-Inspiration Hospital.

In 1978, the Board of Directors contracted with a Health Maintenance Organization from Phoenix to manage the hospital. The clinic on the highway was shut down, and the nurse’s residence was converted into a new outpatient clinic. The next two years were difficult for the hospital, but 1980 was a turning point for Miami-Inspiration Hospital — it became a “community” hospital. A physical therapy department was added in 1975 and treadmill testing a few years later.

Over the next 18 years, under the management of Brim Healthcare, Cobre Valley Community Hospital (CVCH) continued to provide the best services available, adding new services, technology and the latest equipment in all departments. The hospital went through three major construction renovations. CVCH opened clinics in the medically underserved communities of Young, Kearny, and Superior. 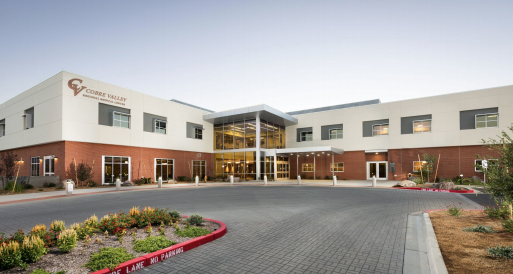 CVRMC embraces our accountability and compassion to patients and families; our respect and collaboration to all who surround us; our earnest responsibility to grow with the needs of our population; and our social and public responsibility as healthcare leaders of all our communities. Yesterday, today, and tomorrow, CVRMC is committed to our communities with an unwavering dedicated spirit.